Koh Phangan: Getting there & Things to do

Koh Phangan island is located in the Gulf of Thailand in the southeastern province of Surat Thani. It's the fifth largest island in Thailand and mostly famous for its Full Moon Party that takes places every month. But Koh Phangan has so much more to offer that just the famous parties. Koh Phangan is a tropical paradise that is not only surrounded by secluded, white and fine sandy beaches as well as turquoise blue waters. It also offers pristine jungle, rocky coastline and mountainous land that you can explore.

How to get to Koh Phangan

From Bangkok, there are several ways to get to Koh Phangan. The most convenient and fastest way would be by flying from Bangkok to Koh Samui, from where you can continue with a short boat drive to Koh Phangan. Another possibility would be flying to Surat Thani or Nakhon Si Thammarat in the south mainland. From there you will have to take a bus to the Don Sak pier from where you can choose between different boat and ferry companies. You can book the bus + boat tickets directly at the airport or easily online here. The fastest company is Lomprayah and the boat drive from the mainland to Thong Sala, Koh Phangan takes approximately 1,5 hours.

A cheaper way is going by bus or train from Bangkok to Surat Thani town or Chumphon. At the train station of Surat Thani you can also book tickets to Koh Phangan, however it's more convenient to book it online here. In many tourist offices in Bangkok you can book combined bus + boat tickets, too. The journey by bus takes between 12 and 15 hours.

If you're already on the neighboring islands Koh Samui or Koh Tao, you can simply book a boat ticket and leave from one of the piers. Most likely, you will arrive in Thong Sala pier. Once on the island, you can take a taxi (Songthaew) to any place on the island or rent a scooter straightaway.

Things to do on Koh Phangan

Koh Phangan has many beautiful paradise beaches to offer. No matter if you visit the calm beaches in the north like Chaloklum or Haad Khom, the vivid Haad Rin Beach in the southeast, the picturesque beaches along the west coast or the secluded ones in the east such as Haad Yuan - you will definitely find your own piece of paradise here.

There's numerous waterfalls on Koh Phangan and in some of them you can even enjoy a nice fresh swim. The most famous waterfall is probably the Than Sadet waterfall that has been very popular with many Thai kings. King Rama V visited the island 14 times during his reign and gave his name to the National Park Than Sadet.

3. Visit some of Koh Phangan's temples

Koh Phangan has more than 20 temples, however, only a few of them are really noteworthy. Some of Koh Phangan's temples are not only places for Buddhist worshippers: At Wat Khao Tam for example you can participate in a meditation retreat or go to a traditional massage at Wat Pho and enjoy a herbal spa.

Another big highlight of Koh Phangan are the sunset bars. There's about a dozen of nice bars where you can enjoy a sundowner with an ice-cold beer or a fresh coconut. Koh Phangan's sunsets are amazingly beautiful and you shouldn't miss at least one of them. The most famous one is probably Amstardam Bar at the west coast, but there are also some new bars such as Big Chill or Bluerama. You will surely find a sunset bar that will blow your mind.

And if you don't want to visit a bar, you can just enjoy the sunset at one of Koh Phangan's beaches along the west coast. Another beautiful place would be the Leela Beech near Haad Rin.

5. Stroll around one of Koh Phangan's markets

The best markets on Koh Phangan you can find in Thong Sala. A must is definitely the Panthip night market, but also the Saturday Walking Street is not to miss. It's located near the pier and you can find many foods, clothes and other souvenirs. Sometimes there's even live music directly at the beach. At the Big C supermarket there is another small market that takes places every few days.

Every traveler in Southeast Asia has most probably heard about the Full Moon Party or even been there already. The Full Moon Party is one of the biggest in South East Asia and it takes places at Haad Rin beach in the southeast of the island. Some people say it's a must and some people prefer to avoid it. Well, it's all up to you!

Actually, Koh Phangan even celebrates almost every phase of the moon so there's plenty of parties to choose: Full Moon Party, Half Moon Party, Shiva Moon Party and many more. If you love to go out, Koh Phangan is really the place to be and there's something going on literally every night.

Koh Phangan offers many beautiful viewpoints. Some of them are quite easy to reach, but some are hidden in the dense jungle. There is for example the Haad Son viewpoint, the Domesila viewpoint or the view from the lovely Wat Khao Tham temple. And there are many more so you could even spend a whole day with just visiting viewpoints. One of the most amazing views is certainly from the Thong Nai Pan viewpoint in the northeast. It's totally worth the long drive as Thong Nai Pan is one of the most beautiful beaches of Koh Phangan anyway.

If you're into hiking, make sure to climb up the highest mountain of Koh Phangan: Khao Ra. From up there, the view at Chaloklum and the northern coast is simply breathtaking. Sometimes you can even see Koh Tao.

Of course food can't be missed! Koh Phangan is a food paradise and you can find many cheap Thai restaurants everywhere on the island. As mentioned before, make sure to visit the Panthip night market in Thong Sala, where you can choose between many Thai dishes and sweets. But also you can have western good for a reasonable price on Koh Phangan: Italian, Israeli, Mexican, American or German cuisine - no matter what you crave for, you will certainly find it on Koh Phangan.

9. Explore the island by scooter

Rent a scooter and explore Koh Phangan on your own. It's so much fun and outside of Thong Sala there is hardly any traffic. But safety first: Always wear a helmet and drive slowly and mindfully. Some roads are not in the best condition.

10. Do some Yoga and meditation

Koh Phangan is a paradise for Yogis. Especially in the Srithanu area and the west coast you can find many yoga workshops and retreats. If you're into that, make sure to choose Srithanu as your place to stay. There's also a nice choice of vegan food.

Although Koh Phangan is not the most famous place for diving and snorkeling, you can still do it. There are some nice snorkeling spots at the Koh Raham bar near Haad Son or near Koh Ma in the northwest. Even if you can borrow snorkels at some places, it's always better to always bring your own.

If you don't know what to do on a rainy day or you had a long night at one of Koh Phangan's parties, why not watching a movie with a nice healthy drink? At Moonlight cinema you can relax perfectly and enjoy a classic movie or a newer one. The program is varying every day and there's always a great blockbuster to watch.

Muay Thai is the national sport in Thailand and even on Koh Phangan you can practice some Muay Thai. If you don't want to be active in sports you can still enjoy a nice Muay Thai tournament at one of the small stadiums in Thong Sala. It's always a highlight and Thais really love this kind of sport.

You can easily book boat tickets to Koh Phangan online but also buy them directly at the airport of Surat Thani or in one of the numerous travel agencies in the tourist areas in Bangkok and the south. Book cheap tickets to Koh Phangan here. If you want to know about departure and arrival times for the major tour providers like Lomprayah, Seatran, Songserm or Raja Ferry, kindly check our time table.

Where to travel next?

Well, especially after the legendary Full Moon Party, many travelers will head from Koh Phangan to Koh Tao. Make sure you get your boat tickets early enough for this particular route as this is usually the first one after the Full Moon Party that is fully booked! Other popular routes from Koh Phangan are to Koh Samui, Koh Phi Phi, Krabi, Phuket and of course Bangkok. If you prefer to take a flight to Bangkok, you can fly easily from Koh Samui, or the cheaper but longer way, via Surat Thani Airport.

Photos: Home is where your Bag is 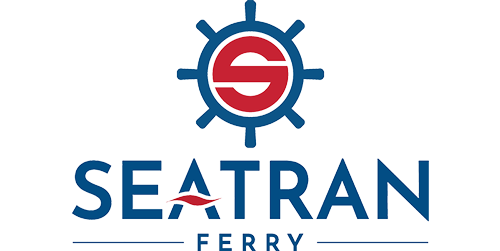 You have been successfully subscribed to our newsletter.